Save this product for later
Display prices in: ZAR 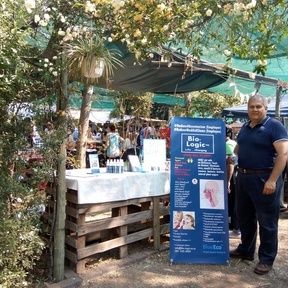 Our founder, Richard Baird has always had an affinity to water, having been a top competitive swimmer in his day; ensuring that he had his fair dose of exposure to toxic chemicals. ENT issues (ear, Nose & Throat) and fungal skin infections.

Later in life's journey, he became an international aquaculturist (a fish farmer - with a REAL fish wife!); exporting fertilised trout eggs to the EU. During this time, a staff member ignored protocols and poured toxic 'cleaning' chemicals down a pipe!!

The result of which was fish deaths in a particular dam. Worse was to come, when the water was examined, the microscopic aquatic life was wiped out by tiny traces of commonly used chemicals. An Blue-Eco DISASTER!